When’s the last time you went to a networking event, hid around corners, and blasted UX designers or data analysts with a laser gun?

Probably never—unless your company competed at Ultrazone Laser Tag in the MadTech Olympiad this summer.

Networking events are pretty much all the same: stand around with a drink in your hand, recite your 30 second job description a dozen times, and go home with a big collection of business cards. {{{yawn}}}

It shouldn’t be so boring! That’s why we were excited to host the MadTech Olympiad again this year at Ultrazone.

MadTech Olympiad is an epic summer tournament for Madison tech startups that gets people out and doing actual fun things together. One of their most well-attended team competitions is laser tag with us here at Ultrazone.

“Laser tag is every child’s dream—and every grown-up person’s dream, secretly,” Sam Pechan said. Sam is the Ideas that Evoke representative for MadTechOlympiad.

“It’s come a long way since I was in high school,” Ryan McCormick said, of Fetch Rewards. “It’s not just for kids and high schoolers. They have a lot of different game modes to play. I’m 35 and I had a blast.”

Laser tag networking starts like any other networking event in Madison: with hearty apps and adult beverages. And sizing up the competition. That’s right—there are winners and losers at the end of the night, with gold medals for the winning team. (No participation trophies here!)

One team at a time, players explored the arena and decided which areas they would try to control. Those who weren’t in the arena practiced in the lobby, caught up with their fellow competitors, and sipped on their BYOB beers and cocktails.

“It was a good time to meet each other before our practice rounds,” Ryan said. “We divided into groups and learned how to hit as many targets and players as possible. After that round, we reconvened and came up with strategies to win the next battle.”

MadTech wanted to appeal to everyone with a solid mix of strategy and (controlled) chaos. So for the next two games, we matched more teams against each other and gave them missions to win. The final game was pandemonium with every single player in the arena.

“MadTech has a wide range of demographics to please. Laser tag was the perfect mix of running around—or choosing to watch instead. We chose laser tag because it’s inclusive. It was fun to have everyone there at once,” Sam said.

When everyone can play together at the same time, teams can start breaking down barriers created at work. When you’re bowling or on the golf course, only a few people can interact. In those activities, there’s more pressure and focus on individuals to be top performers—not the message you want to send when you’re encouraging collaboration, communication and camaraderie!

“Laser tag requires strategy to win,” Ryan said. “You have to collaborate with your co-workers, some from different departments you don’t work with very often. It was a great activity to break the ice and have fun doing it.”

“We could make alliances with other teams, partner up against them. Say, ‘We’ll be teammates but I’ll secretly betray you at the end to get points!’” Sam said. “You can’t do that with dodgeball!”

(Do we condone betraying alliances? Hmm, jury is out on that one. But let’s say Sam’s team did not go home with the medal, so their strategy may have backfired!)

Your employees work hard. They should play hard, too.

“You could feel the team vibes during the event,” Ultrazone facilitator Taylor Nelson said. “Each of the eight teams had a lot of company pride and team pride. They were interacting within their teams and socializing and having fun with the other companies. It was a really fun thing to see because that’s what we’re all about!”

Even though his team didn’t win, Sam will keep bringing Ideas That Evoke to events like the MadTech Olympiad and laser tag. He values how it helps build company culture, and believes that good company culture is what retains solid employees.

“Offer fun things,” he recommended. “Don’t get caught up in ping-pong tables. Instead, provide something that allows for a strong connection. Culture building activities—like playing laser tag—builds camaraderie that everyone wants to be around.”

Ryan agreed. “Everyone has their Ultrazone medals hanging on their computers at the office. We couldn’t believe we won! We weren’t in first place going into the final round. But we banded together and that put us over the top. It’s fun listening to people reminisce and tell their stories of which strategies won. More people in the company are excited to join us next year.”

Yes, that’s right, Fetch Rewards won! And last we heard, they’re still in the running to take home the

MadTech trophy thanks to their domination at Ultrazone.

Thanks, MadTech Olympiad for choosing Ultrazone for some disruptive networking!

If you’re looking for a corporate event or team building activity that’s actually FUN, give us a call. Our event professionals would love to create a custom team building event for you, too. After all, we’re in the business of fun! 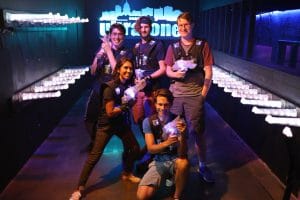 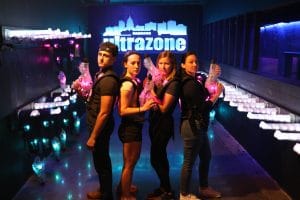 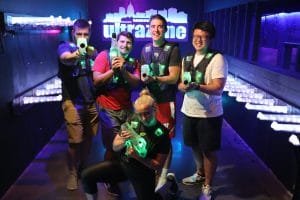 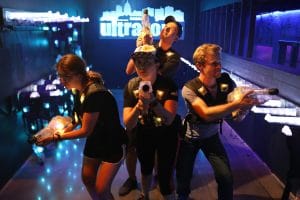 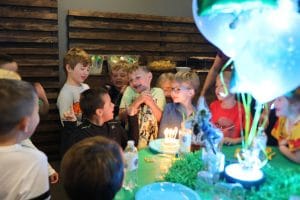 At Home Party Sometimes parents opt for an at home birthday party for their kiddo to save money, but we all know this isn’t always

How to Plan a Fun Team Building Event

After hosting events of all kinds for a dozen years, we know a thing or two about making sure your team has a fun experience. 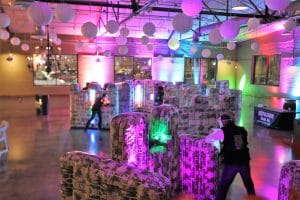 The most memorable places we’ve set up portable laser tag

Most Popular Kids Party Themes for 2020!

Thinking about throwing a birthday party for your kiddo, but can’t decide on a theme? Keep reading to get inspired by the 5 most popular

When’s the last time you went to a networking event, hid around corners, and blasted UX designers or data analysts with a laser gun?